Most workshops can be geared towards Belly Dance and fusion styles & specific skill levels. Choose from her workshop list or request something special just for you! 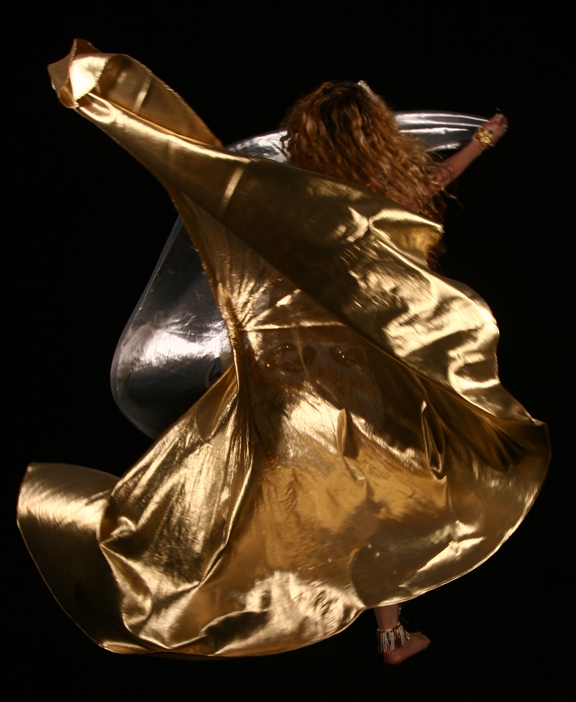 Come have fun exploring the inner workings of creating choreography through a two prong approach. First, we will investigate the processes that go into creating “traditional” Middle Eastern choreography. This includes analyzing music, organizing your collection of moves and using improvisation to create choreography. Then we will shift into experimental processes, such as fusing street dance and Middle Eastern dance and employing the rhizome as a metaphor and source of inspiration.

Turn your Turkish into Twerk. Make your taqsim liquid. Pop those accents. And tick those shimmies. Arab Trap Dance is a new genre that fuses Middle Eastern dance and Hip Hop. Trap music brings it all home with its fast paced syncopated dropping beats and haunting melodies. Learn the beautiful and dynamic art of belly dance in a fun and supportive atmosphere.

Explore Middle Eastern dance by developing a strong foundation in posture, isolation techniques, muscle control, choreographic sequences and musicality. In addition, you will learn terminology and the history of Middle Eastern and Belly Dance.

Dynamic Combinations for Any Kind of Music

Increase your dance vocabulary by making any move work with any type of music. We will begin by drilling a series of short combinations that focus on strength, flexibility, balance, isolation, and layering. Then we will rework the combinations by changing their speed, size, and quality (gooey, sharp, and shimmies) in order to make them work with different types of music.

How Slow Can You Go?

Knowing how to produce strong, fluid, taffy movements is essential for any dancer. Learn my “Points in Space,” a comprehensive approach to understanding easy and hard transitions. You can use it in order to refine and strengthen existing movement pathways and create unique and entrancing combinations that flow throughout the body.

Shh... Don't Tell Anyone, But This is What Amara is Working on

Do you want to learn cool new moves and techniques? Things such as, on and off balances, unusual postures with belly dance moves and abrupt timing changes? Then joins and bring your A game!

Amara takes a unique approach to this form. She presents techniques and tools on how to create Fusion with ANY dance form. Learn the differences between sequential and simultaneous fusion concepts. Explore where to find various dance elements to fuse. Discuss issues of when and why to fuse. Fusion is a great way to add to your current vocabulary, foster creativity and push your dancing to new heights.

Invigorate your movement with meaning Explore how to visually convey music and generate an array of emotions through bodily expressions. Learn to use your dance form’s movement vocabulary to create strong and emotive characters that communicate effectively with your audiences.

Whether you are a Belly dancer, a Tribal dancer, or a Folk dancer, all of us present characters on stage. Sometimes it is a larger than life version of ourselves. Other times we want to express personalities that are hidden within or take on roles in which our character acts very differently than we would normally. Explore the intricate relationship among movement, expression, and music and how you can make them work together to express your intended character and effectively communicate with your audience.

Use the siren character as a site for exploring movement, space, expression, and acting. Learn to communicate effectively with an audience and expand your facial vocabulary. Create movements and staging that strongly express your character and narrative.

What distinguishes one dance form from another is its rules and structures. The question is, what are your dance’s rules? And how do you find them? In this workshop, we will put on our exploration caps and go out searching. Once we know where they are, then we can play by bending and breaking these laws of dance. Perhaps we want to continue destroying the rules or to formulate our own.

Through guided discovery, create stories using any form of Middle Eastern dance. Explore character development through movements and emotions in order to produces plots inspired by autobiography, history, and myth. Work on choreographic processes that will facilitate unique, strong, and focused dance narratives that communicate effectively with an audience. Discover new ways of freeing oneself within the Middle Eastern dance idiom while pushing beyond it boundaries.

Limited participation. This is a one-day intimate program designed for students to workshop his/her own personal routine, whether near completion or in the beginning process. We will approach your dance from a variety of angles in order to help complete the manifestation of your vision and dancescape. Students will also learn the art of giving and receiving criticism in a productive and supportive manner.

By adapting Gilles Deleuze and Félix Guattari’s rhizome theory into a choreographic method, my goal is to create a set of tools and exercises that can be used to examine and construct new approaches dance. I am interested in the rhizome’s expression of relationships with assemblages (how things come together, e.g. where heterogeneous elements create things such as center, style, genre, territory, tradition and identity) and lines of flight (which deterritorialise, rupture, flee, discontinue, interconnect, change, transition, reverse and create new connections). An assemblage may sustain within itself lines of flight. Lines of flight may create, destroy, and/or change an assemblage. My current exploration also extends to moving centers, intensities, traces and segmentations that dis/connect established and emerging dance practices

There are two paths of exploration. One is to mine concepts within an individual’s tradition / foundation / personal style. Map making is an important characteristic of the rhizome. We do this by drawing the structure of our genre(s) and placing it into relationships with others. We also break down form(s) into various dance components (e.g. vocabulary, posture, styling, representation, structure, rules etc.) to explore what it contains and to the degree /intensity they are changeable. For example, Middle Eastern dance is so much about center (e.g. moving from the core, a focus on the moving center, bringing things in and out of the body’s center) that I have spent quite a bit of time focused on lines of flight out from the body.

I explore where lines are brought back in, where and how they leave, and also that what often feels like a line of flight is not in the dance’s repertoire. These processes allow participants to enter a known space from different positions and are a means to unpack and create new explorations. Through tasks and exercises we will question what kinds of flights or centers does a particular repertoire support? And where does its ability to express other ideas begin to fail or trail off?

The second path is about group creations and dynamics. It is here that the lab will allow me to really locate processes. What will happen when individuals bring their material to a group situation? We will explore on a micro level where forms overlap and/or cut each other off. We will also dive into, what kind of relationships do these forms have in terms of centers and lines of flight? How can this be developed into a choreographic structure?